Professor of Cultural History and Aesthetics at Faculty of English, University of Cambridge 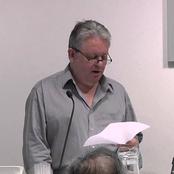 Professor of Cultural History and Aesthetics, Faculty of English, University of Cambridge

Professor Peter de Bolla is Professor of Cultural History and Aesthetics in the Faculty of English at the University of Cambridge, a post he has held since 2009. He has been a visiting Professor in Siegen, at Vanderbilt and will be at New York University in the Fall of 2014 and in Uppsala in the fall of 2015. He is also the Director of the Cambridge Concept Lab in the Cambridge Centre for Digital Knowledge at CRASSH.

The Concept Lab in the Centre for Digital Knowledge treats concepts as structured environments for arriving at understanding. It seeks to describe in detail conceptual processing whereby concepts are constellated in patterns that connect one concept to another. The aim of the Lab is to test and refine the methodology of conceptual parsing and to create a database of specific conceptual architectures in historical projections.

Professor de Bolla is a Fellow of King's College.