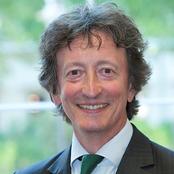 Peter Parker manages EU Policy at the Risk Division of the Financial Conduct Authority. He was seconded to work as a senior policy advisor at the Department for Exiting the European Union from 2016-19. He previously had a dual role working on EU strategic policy issues at HM Treasury and at the Financial Conduct Authority. In both organisations he has worked on EU supervisory architecture and related strategic issues (including banking union proposals, the review of the European Supervisory Authorities, and the balance of competencies review). Prior to this he was the manager responsible for European policy in the international division of the FCA's predecessor organisation, the Financial Services Authority (FSA). He joined the FSA in 1995, working first in its communication division, and then leading its e-commerce policy as head of the Internet Unit, and then working in its conduct policy division.

He has been a visiting academic at London University's Institute of Advanced Legal Studies, and co-authored In The Shadow of Sharpeville, a study of criminal justice in Apartheid South Africa (Palgrave Macmillan/New York University Press, 1998). He has co-authored the chapter on European Financial Services in Financial Services Law, OUP (3rd edition 2014 and 4th edition 2018), and his work has also appeared in the Journal of African Law, the Human Rights Law Journal and The Lancet.

After graduating from university he worked in half-way houses for those with social, psychological and emotional problems and then as a journalist (he was the editor of the FT Magazine Mergers and Acquisitions). He has a degree in modern history from Oxford University and a Diploma in European Union Law from King’s College, London.