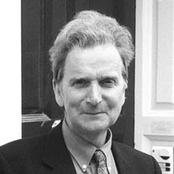 Dr. Philip Towle's research interests are in East Asian security, arms control, and post-war peace conferences as well as the causes and consequences of wars. In addition, he has published analyses of media coverage of the Russo-Japanese, Falklands, Gulf and Bosnian Wars.

Philip is the longest serving member of staff at the Centre for International Relations. He joined in 1980 following a period as a Senior Research Fellow at the Australian National University, previously having worked for Reuters News Agency and the Foreign and Commonwealth Office. He was Deputy Director (1982-93) and then Director of the Centre of International Studies (1993-1998).

Dr. Towle is currently editing a collection of essays on Anglo-Japanese economic relations and working on civil-military relations in Britain; as well as working on a study of the debates in Britain which have preceded wars over the last 150 years.