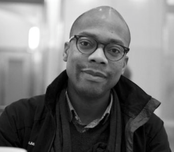 Dr Phillip Stanley-Marbell is a University Lecturer in the Department of Engineering where he leads the Physical Computation Lab (http://physcomp.eng.cam.ac.uk). His research focus is on exploiting an understanding of properties of the physical world and the physiology of human perception to make computing systems more efficient. Prior to joining Cambridge, he was a researcher at MIT, from 2014 to 2017. He received his Ph.D. from CMU in 2007, was a postdoc at TU Eindhoven until 2008, and then a permanent Research Staff Member at IBM Research—Zurich. In 2012 he joined Apple where he led the development of a new system component now used across all iOS and macOS platforms. Prior to completing his Ph.D., he held positions at Bell-Labs Research (1995, 1996), Lucent Technologies and Philips (1999), and NEC Research Labs (2005).