Head of department at Institute of Astronomy, University of Cambridge 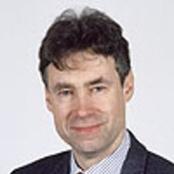 Richard McMahon is Professor of Power Electronics at the University of Warwick. He was previously a Senior Lecturer at Cambridge University's Department of Engineering. He has extensive research experience in electrical machines and power electronics and has published extensively with over 140 papers to date and he holds five patents. He led the work of developing the BDFIG at Cambridge University Engineering Department from 1999 and made major contributions to moving the machine from an interesting concept to its being a practical, designable machine. He is committed to the commercial exploitation of research and has been involved in both the transfer of technology to industry and its exploitation through founding new companies. He has been active in the Institution of Electrical Engineers (now the Institute of Engineering and Technology) and was chairman of IEE Cambridge from 2003 to 2004.

Richard is an electrical engineer with an interest in renewable energy generation and energy efficiency of electrical appliances.