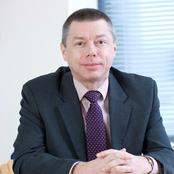 Bill Hodson has worked in the technology and engineering industries for over 30 years. His career began in 1987 as a research engineer working in acoustics with Topexpress, a spin-off from the Engineering Department of the University of Cambridge. Subsequently, he moved into management and served as UK Vice President for SAIC, the US-based system engineer and integrator. Over more than fifteen years with SAIC, Bill worked in a broad range of areas including port & border security, information & communication systems, information security, unmanned aerial vehicles and immersive simulation systems. During this period he developed, and retains, a strong interest in ways of understanding and assessing the value that an information system - and the information that it holds - gives to an enterprise.

In 2005, Bill was appointed Managing Consultant in PA Consulting, supporting strategic thinking on procurement in UK government. He went on to become Managing Director of Envitia, a software house specialising in geospatial information. At Envitia, his work covered disciplines as diverse as urban traffic management, agricultural subsidy payments and provision of timely chart information to the Royal Navy. Bill joined the Board of Frazer-Nash Consultancy in 2012 as Business Director where his remit has extended across the full range of the company’s marketplaces in government and industry.

Across the whole of this time, he has worked on improving the application of science and technology to issues of national security and resilience. His current interests include strategic resilience and, in particular, the issues associated with its assessment.

Bill became a Policy Fellow at the Centre for Science and Policy at the University of Cambridge in 2012.

Bill was educated in engineering at Emmanuel College, Cambridge. He still lives in Cambridge with his wife, two grown-up sons and a seemingly inevitable dedication to the cause of Cambridge United FC.