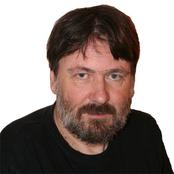 Starting from making amplifiers for college friends, Richard’s reputation in this area grew and, he established a company called the Pace Group in 1974 which developed commercial professional audio equipment, as well undertaking specialist electronics work for some of the major rock bands of that period, such as Emerson Lake and Palmer, Led Zeppelin, Genesis, Yes, and Deep Purple among others. Richard designed a range of commercial professional audio equipment, and the company’s manufacturing capacity grew concurrently. In 1978, The Pace Group was short-listed for the Queen’s Award to Industry.

In 1982, Richard founded AVS which started as a microprocessor consultancy but very quickly became focussed on automatic inspection technologies. Initially, this was based around high-precision measurement and Statistical Process Control, but by 1985 had diversified into Vision Systems and X-ray components.