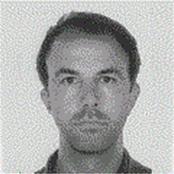 Rob worked for eight years at the World Bank, where he originated and managed a large portfolio of energy investments in southern Africa, as well as advising governments on policy and regulatory reforms.

Immediately prior to Social Finance, Rob held a senior role at Ofgem, the UK’s energy regulator, where he was responsible for the UK’s cross-border infrastructure investment regime, as well as for leading policy work on European energy markets. Earlier in his career, he worked on international issues at the Prime Minister’s Strategy Unit, following four years in Brussels at a development finance think-tank.

Rob started his career at Oliver Wyman, a leading strategy consulting firm focusing on banking and financial markets. He has a graduate degree in economics from Columbia University and an undergraduate degree from the University of Oxford.