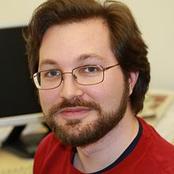 Dr Robert Watson works in the Security Research Group of the Computer Laboratory. He is currently leading a number of research projects spanning the security, computer architecture, and network + operating system research groups. These include projects sponsored by DARPA and Google: CTSRD, a revisiting of the software-hardware interface in support of security, MRC2, an application of capability security ideas in cloud computing environments, and SOAAP, investigating automated software decomposition for security analysis.

His other research interests include

Prior to coming to Cambridge, he worked for a series of industrial research labs in the US, including Trusted Information Systems and McAfee Research. While there he led a number of network and operating system security research projects for government and industrial sponsors, including DARPA, the US Navy, Apple Computer, and others.

In addition to his academic work, he is on the board of directors of the FreeBSD Foundation, a US-based non-profit foundation supporting the open sourceFreeBSD Project. His is an active contributor to the project, working in the areas of multiprocessor-centric network stacks, operating system security audit, and mandatory access control. He is a member of the FreeBSD Project's elected project management team, the FreeBSD Core Team, as well as on the release engineering and security officer teams.