Chairman of the Board of Trustees at The PHG Foundation 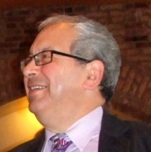 Chairman of the Board of Trustees, PHG Foundation

Ron Zimmern is Chair of the PHG Foundation Board of Trustees. He has enjoyed a distinguished career in medicine, public health and policy, and is the pioneer of public health genomics in the UK. He was Founding Chairman of GRAPH-Int, the public health genomics international network, until 2010 and continues to be active in an international leadership role, working closely with colleagues and institutions around the world, including in the USA, Canada, Europe and Hong Kong.

Ron created the Public Health Genetics Unit in 1997 and its successor the PHG Foundation in 2007. In April 2018, PHG Foundation became part of the University of Cambridge as linked exempt charity.

Ron trained at Cambridge and London, specialising in neurology before entering public health medicine in 1983. During the 1980s he took a law degree and developed an enduring interest in the law and ethics of medicine. He has close links with the University of Cambridge and Cambridge University Hospitals NHS Trust, having formerly held posts as an Associate Lecturer and Honorary Consultant in Public Health Medicine at Addenbrooke's Hospital. Ron is also a Fellow of Hughes Hall, Cambridge, and holds an honorary Professorship at the University of Hong Kong.

Ron has previously served on the Department of Health’s Genetics Commissioning Advisory Group; the Steering Group for the National Genetic Testing Network, the Joint Committee of Medical Genetics of the Royal Colleges; the Council for the British Society of Human Genetics; and as Chairman of the Diagnostic and Screening Panel of the UK’s Health Technology Assessment programme.