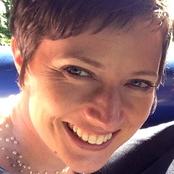 Dr Ruth Armstrong is a Research Associate in the Prisons Research Centre, within the Institute of Criminology at the University of Cambridge. She is currently working as a post-doc on an ESRC funded project under the new 'Transforming Social Science' initiative, entitled 'Locating and Building Trust in a Climate of Fear: Religion, Moral Status, Prisoner Leadership and Risk in Maximum Security Prisons'. She is interested in desistance, in social responses to crime and people convicted of criminal offences, in the work of volunteers and the voluntary sector in criminal justice, in how trust develops, how it manifests and how it shapes and is shaped by social relations, as well as intersections between theology, sociology and criminology. She also has an enduring interest in the death penalty, especially in the USA, and occasionally lectures on the topic.

Dr Armstrong has taught Criminal Law and Sentencing at Kings College London and the Penal System at the University of Cambridge. While at Cambridge she has helped to set up and run a death penalty internship for Cambridge students to work with lawyers in the USA and the Cambridge University Innocence Project (where undergraduate students investigate alleged miscarriages of justice). She now teaches senior prison and probation practitioners about Life under Supervision Post-Release from prison on the MSt in Penology that the Institute of Criminology runs.

She graduated in Law with American Law from the University of Nottingham in 2001. In 2004 she completed her MPhil in criminological research at the Institute of Criminology in Cambridge, undertaking the pilot study which became the basis for her Ph.D., an ethnography of life after release from a faith-based prison programme.