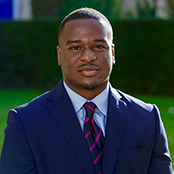 Ryan is a final year doctoral student studying at the UCL Department of Science and Technology (STS). He is supervised by Prof Emma Tobin and was awarded full support for his entire PhD through the Windsor Fellowship’s Research Opportunity Scholarship. Ryan is also a resident and affiliated student at Downing College, Cambridge.

Ryan is a physicist turned philosopher, specialising in epistemology. He has a strong academic background in the sciences, having competed the Physics MSci degree at UCL.

Ryan’s interdisciplinary research resides in the sub-field of the philosophy of theoretical physics. It is known that many theories in physics are currently untestable and in their current form, will remain so forever: loop quantum gravity and string theory are prime examples.

There is intense, long standing debate surrounding the scientific status of untestable (non-empirical) theories. Some academics equate a theory’s “simplicity” or “beauty” to a theory’s truth, whereas other academics believe that any untestable proposition is synonymous to metaphysical nonsense and thus unscientific. Ryan maintains that the sole use of the opposing values of “parsimony” and “testability” by academics is the cause of this polarised dispute. He believes that science must move beyond the sole use of such fluid, ambiguous and contradictory values as a measure of a theory’s validity.

Ryan calls for more systematic, objective, and rigorous systems that make the process of evaluating a non-empirical theory’s truth more consistent, stable and reliable. Using three simple rules and Bayes’ theorem, Ryan has pioneered a computational algorithm that probabilistically ranks untestable theories from the least to the most probable descriptions of physical reality. Once a theory passes through his algorithm it would have experienced robust “testing” in the absence of evidence. If a theory ranks highly following this non-empirical appraisal, it can then be justifiably be considered a scientific theory.

Ryan intermitted from his research and relocated to Cambridge to work full-time as a Policy Intern during the Michaelmas term of 2021. Whilst working at CSaP Ryan has written articles for the Cambridge Zero climate change initiative, and CSaP’s weekly seminar series on governments’ use of data, science, and evidence. He also attended the UK Innovation Strategy event and CSaP’s annual conference at the Royal Academy of Engineering.

The highlight of his internship came through his extensive work on curating Dongwoo Lee’s Policy Fellowship. Ryan organised a tailored programme of meetings surrounding the area health policy between Dr Lee and leading Cambridge academics from various fields and disciplines.

Ryan has a keen academic interest in the areas of science policy that intersect with epistemology. For example, throughout his internship, he found that the government’s use of data and evidence when decision-making shares many parallels with the way in which scientists use evidence to access knowledge. Ryan will explore further policy applications of epistemology in the 2022/23 academic year as he is an offer holder for the MPhil in Public Policy (MPP) course, taught at the Department of Politics and International Studies, University of Cambridge.