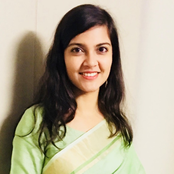 Dr Saumya Saxena is a British Academy Postdoctoral Fellow at the Faculty of History, University of Cambridge. She advised on the Forced Marriages Commission, UK in 2019 and formerly worked with the Twenty-first Law Commission of India (2016-2018) on reports relating to reform of family law and hate speech laws in India. Her research interests include legal history, family law, gender, and politics in South Asia and her forthcoming book on politics of religious-personal laws will be published by Cambridge University Press.

She also worked with the Verma Commission on amendments to law relating to rape in India, which prompted the Criminal Law Amendment of 2013. She participated in and conducted workshops on gender sensitisation with the paramilitary forces (Central Industrial Security Force (CISF)) in India in April 2013. She received her PhD and MPhil. degrees from the University of Cambridge and MSc. from University of Oxford.

For her work on policy she was awarded the British Council Award for ‘Professional Achievement’ in 2018, and the Vice Chancellor’s Research Impact and Public Engagement Award in 2019. She was also awarded the Dan David Prize Scholarship 2019, on the theme of ‘defending democracy’, for her current research as a Postdoctoral Fellow.