Second Permanent Secretary at Department of Health and Social Care 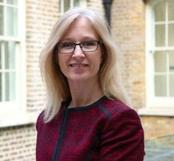 Before joining the Home Office, Shona worked at the Cabinet Office where she was Director General of the Economic and Domestic Affairs secretariat. She has also held a number of previous senior roles including Director of Fire and Resilience and Director of Town and Country Planning at the Department for Communities and Local Government, as well as Director General of Education Standards at the Department for Education.