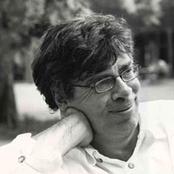 Professor Schaffer was jointly awarded the Erasmus Prize in 2005 for the book Leviathan and the Air-Pump: Hobbes, Boyle and the Experimental Life, which he co-authored with Steven Shapin. In 2004, he presented a series of documentaries for the BBC about light and the history of its study and knowledge.