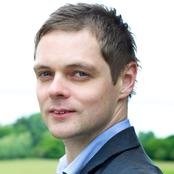 Stuart Wainwright became Director of the Government Office for Science in December 2019. He was previously the Deputy Director of International Resilience in the Cabinet Office. Prior to that, he was one of Defra’s Deputy Chief Scientific Advisers, where he was responsible for ensuring Defra's ablility to draw on high quality and relevant evidence to support the development and delivery of its policies. He also acted as joint Head of Profession for scientists in Defra, and supported the CSA during emergencies.

He has also been an Assistant Director in the Civil Contingencies Secretariat in the Cabinet Office where he had particular responsibilities for the coordination of the Government response to major crises and for ensuring the UK is prepared for major health, environmental, transport and energy emergencies. He previously held a range of scientific and policy positions in both Defra and DTI, where Stuart started his civil service career as a Science & Engineering Fast-streamer.

Stuart has a PhD in microbiology through which he studied the human pathogen Helicobacter, and a degree in genetics.

Stuart was awarded an OBE in 2022 for services to contingency planning and response during Covid-19.