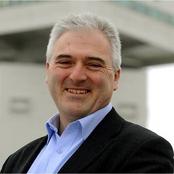 Tim Whitley joined BT in 1981, having started his career as a field engineering apprentice in his native Wales. He first came to Adastral Park as an undergraduate to work in the optical physics division and has since moved through the business, working in areas such as economic analysis before becoming Group Strategy Director and then Managing Director of Research and Innovation, overseeing the practical implementation of emerging technology and being heavily involved in the roll-out of superfast broadband. He holds a PhD in Optics and Telecommunications from the University of Essex and a BSc in Physics from the University of Kent.

Tim also heads BT’s global innovation campus (Adastral Park) which has 3500 BT staff and is home to 49 other large and small high tech companies employing a further 700 people. This is the campus where BT spends the vast majority of its R&D investment – an investment which ranks BT third in the UK for R&D (behind GSK and AstraZeneca). As a passionate believer in the power of research and innovation to drive economic and social wellbeing for the country, it is Tim’s aspiration to leverage this national UK asset further. He is therefore interested in “innovation clusters” and in particular how BT, perhaps working with government, could drive the scale of what is already the largest Network/IT innovation campus in the UK to a new level e.g. 200 companies over five years.

To read about Tim's experience as a Policy Fellow in Cambridge see here.