University Lecturer at Department of Geography, University of Cambridge 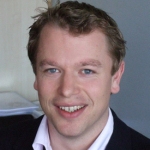 Dr Alex Jeffrey is a University Lecturer in the Department of Geography at the University of Cambridge. His research interests focus on state-building after conflict, particularly within the former Yugoslavia. His research has sought to contribute to debates concerning critical geopolitics, civil society and transitional justice.

Dr Jeffrey is co-convenor of the Contested Political Economies research cluster within the Department of Geography. Over the past decade he has sought to examine the nature and consequences of international intervention after conflict, particularly focusing on the former Yugoslavia. This work has been roughly divided into three areas of inquiry: Geographies of state formation; Legal Geopolitics; and Citizenship in Divided Societies.