phd student at Department of Sociology, University of Cambridge 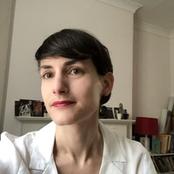 Ayala Panievsky is a PhD student in the Sociology department, University of Cambridge. Growing up in Israel, her academic aspiration has always been driven by a search for a path that could lead to a feasible and concrete change within the Israeli society. She was drawn to the academia after years of experience in journalism, politics and NGOs. Before joining the Gates community, Ayala has worked for ‘Haaretz’ newspaper, the Israeli Parliament and the aid organisation for refugees in Israel. Following her bachelor’s degree in The Hebrew University’s honours programme, she have graduated her master’s degree at Political Communications from Goldsmiths, University of London. Her current project explores the ever-changing relationship between media and politics in contemporary democracies, and in particular, the encounter between mainstream media and political extremism in the age of social media and big data. Due to dramatic cultural shifts, both on the local and international levels, a deeper understanding of the mechanisms behind populism, extremism and social polarisation is essential. Ayala finds it imperative for academics to contribute to the debate, providing insightful ideas and practical tools for journalists, politicians and citizens. Coming from Israel, where the media, the civil society and democracy itself are increasingly under threat, she perceives this task as both intellectually and politically urgent. Ayala is also a research associate at ‘Molad – The Centre for the Renewal of Israeli Democracy’.