Head of Cross-Cutting Research and Employee Wellbeing at Cabinet Office 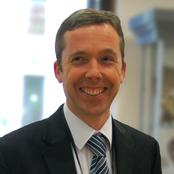 Head of Cross-Cutting Research and Employee Wellbeing at Cabinet Office

His previous role was with the national wellbeing and Big Society policy analysis in the Cabinet Office, where he was based until 2017. Previously he spent four years working at the City of London Corporation on service innovation projects across local government in England; these projects were targeted at supporting vulnerable groups and tackling social exclusion in a sustainable way. He also managed a programme of research on Digital Exclusion.

During a previous stint at the Cabinet Office earlier in his career, Ewen was responsible for reporting against the PM's 2002 ecommerce target, international benchmarking, and working on broadband and e-government policies. He also worked in Washington DC for five years managing bilateral research and development projects for the MoD and DoD, directing trials and analysing results. His first role in the civil service was designing and installing secure data networks for the Navy.

Ewen is a Chartered Engineer; he studied Electrical and Electronic Engineering at Birmingham University and has an MBA from Imperial College London.

To read about Ewen's experience as a Policy Fellow in Cambridge see here.