Chief Executive at Cambridge Ahead 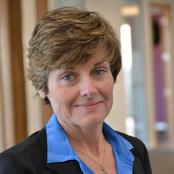 Jane was appointed Chief Executive of Cambridge Ahead in 2013. Previously she spent several years as Chief Executive of the London charity "Chickenshed Theatre Company", which specialises in opening performance art to people of all background and abilities.

Jane has an MBA which she received from Westminster Business school, and has worked for a variety of companies and sectors, including Emap Conferences, Barbican Art Centre, The Telegraph, The Times and Elle magazine.