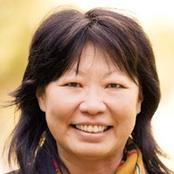 Professor Kay-Tee Khaw was Professor of Clinical Gerontology in Cambridge and principal investigator in EPIC-Norfolk until her retirement in 2018. Kay-Tee first became interested in diet and health when investigating increases in blood pressure and rapidly changing patterns of cardiovascular disease in different communities around the world, including Kenya and the Caribbean.

The association of chronic diseases such as cardiovascular disease, cancer and osteoporosis with ageing shows wide geographic, social and secular variations. This suggests a a substantial proportion of these disabling conditions are potentially preventable. Kay-Tee led the work in the EPIC-Norfolk study to identify what can be done to maintain health in this population.

Kay-Tee trained in medicine at Girton College, Cambridge and St. Mary’s Hospital, London and in epidemiology at the London School of Tropical Medicine and Hygiene, with subsequent clinical and academic posts in the University of London and the University of California San Diego. She is a Fellow of the Academy of Medical Sciences and was awarded CBE (Commander of the British Empire ) in 2003.