Senior Lecturer at Faculty of History, University of Cambridge 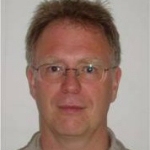 Dr Leigh Shaw-Taylor is a Senior Lecturer in the Faculty of History at the University of Cambridge. He is also the Director of the Cambridge Group for the History of Population and Social Structure, and an honorary Senior Research Associate in the Department of Geography. His research interests are in long-run social and economic developments in England between the mid sixteenth and late nineteenth centuries with a particular focus on the development of agrarian capitalism and the Industrial Revolution.

He is the director of an ongoing program of research: The occupational structure of Britain c.1379-1911. This has been awarded British Academy research project status and has been generously funded by the ESRC, The Leverhulme Trust, The British Academy and the Isaac Newton Trust. The project is a collaboration with Professor E.A. Wrigley and others, aimed at improving our understanding of the long run process of economic development, which culminated in the Industrial Revolution, through a quantitative reconstruction of the occupational structure of the economy over as long a period as the sources will allow. The project is based in the Cambridge Group for the History of Population and Social Structure.