Emeritus Professor of Economic History at Faculty of History, University of Cambridge 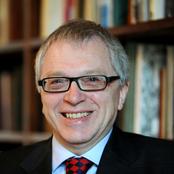 Professor of Economic History, Faculty of History, University of Cambridge

Professor Martin Daunton is Professor of Economic History at the Faculty of History, and former Head of the School of Humanities and Social Sciences, both at the University of Cambridge.

His general area of research interest is economic and social policy in Britain and its empire and in the United States in the nineteenth and twentieth centuries. His most recent work has concentrated on fiscal policy since the end of the eighteenth century, which raises major questions about the nature of the state, its functions, the boundaries with the market and other forms of provision, the construction of economic and social knowledge, and the relationships of the state with its citizens. He is now working on two projects: the taxation of the British Empire in the nineteenth and twentieth centuries; and the changing relationship between domestic and international economic policies since 1945.

He previously taught at the University of Durham and University College London, before moving to Cambridge in 1997. He was chairman of the Faculty of History and of the School of Humanities and Social Sciences before he was elected to the Mastership of Trinity Hall in 2004. He stepped down as Mater in October 2014. Since 2003, he has been President of the Royal Historical Society which has involved him in debates over the role of history in education. He is also a Trustee of the National Maritime Museum where he has been active in discussion of how to interpret events in British history such as Trafalgar and the end of the slave trade. He continues to teach, write and research in modern economic history.