University Lecturer at Department of Architecture, University of Cambridge 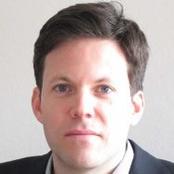 Dr Max Sternberg is a University Lecturer in the Department of Architecture at the University of Cambridge, and a Fellow and Director of Studies at Pembroke College, Cambridge. His research interests cover both contemporary and historical areas of architecture. As a research partner on the ESRC- funded project ‘Conflict in Cities and the Contested State’ his work falls within urban studies. Here his research focuses on the interplay of politics, religion and spatial practices in ethno-national conflicts in Jerusalem. With a grant from the British Academy, he is exploring the role of public space in transnational interactions in Polish-German border towns.

Another area of interest is dedicated to exploring the social meanings of architecture in the Middle Ages, and the interaction of religious reform, monastic architecture and the urban environment. A further focus is the ongoing role of Romantic conceptions of History in Modernism. He is also interested more broadly in the relationship between philosophy and architecture, specifically the role of phenomenology and hermeneutics.

Dr Sternberg received his PhD in the History and Philosophy of Architecture in 2007 in the Department of Architecture at the University of Cambridge. Following post-doctoral scholarships in Paris and Rome, he returned to Cambridge to work on 'Conflict in Cities and the Contested State'.