Professor of Physics at Department of Physics, University of Cambridge 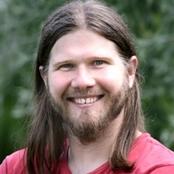 Professor Mete Atature is a Professor of Physics in the Department of Physics at the University of Cambridge. Current research efforts in his group include optical control of single and multiple quantum-dot spins, high-resolution spectroscopy of diamond-based emitters, solid-state cavity-QED and nanoplasmonics.

Professor Atature received his Bachelor of Science degree in 1996 from Bilkent University Physics Department in Turkey. Then, he joined the Quantum Imaging Laboratory at Boston University for his PhD studies. From 2002 to 2007, he worked as a Postdoctoral Fellow in the Quantum Photonics Group at ETH Zurich. He joined the Cavendish Laboratory in June 2007 as a University Lecturer and was promoted to a Readership in 2011, and Professor in 2015.