Professor of International Law at Faculty of Law, University of Vienna 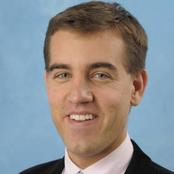 Michael Waibel is a University Senior Lecturer and Deputy Director of the Lauterpacht Centre for International Law.

The European Society of International Law awarded him their 2012 book prize for his monograph Sovereign Defaults before International Courts and Tribunals (Cambridge University Press, 2011).

Michael holds Mag. iur. and Dr. iur. degrees from the Universität Wien, an MSc (Econ) from the LSE and an LLM from Harvard Law School. He is admitted to the New York bar and holds a diploma of the Hague Academy of International Law.

He was previously a British Academy Postdoctoral Fellow at the Lauterpacht Centre and a DOC scholar of the Austrian Academy of Sciences. He was a graduate teaching assistant in economics at the LSE and Harvard.

He interned with the European Central Bank, the International Monetary Fund, and the World Bank. Michael is co rapporteur of the ILA study group on sovereign bankruptcy.