Reader in Therapeutic and Molecular Immunology at Department of Pathology, University of Cambridge 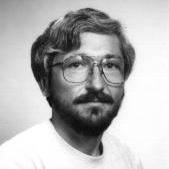 Reader in Therapeutic and Molecular Immunology, Department of Pathology, University of Cambridge

Dr Mike Clark’s research interests lie in the area of Immunoglobulin structure and function as well as the production of, and studies using, novel types of Monoclonal Antibodies. Immunoglobulins, or antibodies, are a major blood protein made by the B-lymphocyte cells of the body's immune system in response to infection. Within an individual’s blood, antibodies occur in different forms known as isotypes, and they also show sequence variation within the population as a result of differences in allotype.

The role of antibodies is to target infectious agents such as viruses, bacteria and parasites and to trigger their destruction or removal, either through activation of the complement cascade or by triggering Fc receptors on the surface of blood cells including neutrophils and eosinophils.

Dr Clark is working to better understand the impact of the amino acid sequence and resulting immunoglobulin structure, on the function of an antibody. His team are putting their findings into practice in the design of better engineered antibodies for potential clinical use in human therapies, such as the regulatory approval of Alemtuzumab - an antilymphocytic leukaemia antibody.

They are also undertaking collaborations looking at other therapeutic applications of their research. Including their work with Dr Lorna Williamson, studying recombinant RhD and HPA-1a antibodies and their potential use in treating alloimmune disorders of red blood cells and of blood platelets during pregnancy. As well as collaborating with Professor Farouk Shakib from the University of Nottingham, where they are deriving recombinant antibodies that may have therapeutic potential in the treatment of IgE mediated allergies.