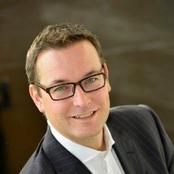 Neil is a Director of Deyton Bell, offering economic and commercial development support to global public, private and not for profit organisations, through a range of consultancy, in house and outsourced services.

In addition, Neil is also the Chief Executive of the Regional Economic Alliance. The Alliance is a cross sector partnership focusing on the East of England. It brings together key regional stakeholders across the Private, Public and Not for Profit Sectors to address individual and shared issues of importance to the Region.

The Alliance serves to connect regional stakeholders to promote our region and champion the economy, promoting the regional story at local, national and international levels.

Neil was previously the Chief Executive of the Greater Cambridge Greater Peterborough Local Enterprise Partnership (LEP), a position he assumed in March 2015 having originally joined the LEP in May 2014 as Director of Inward Investment and Skills. Prior to this Neil was the Chief Executive of Opportunity Peterborough, the city’s economic development company. Neil held this position for five years; during this time Peterborough grew 14,000 net new jobs and secured significant Innovate UK funding through its ‘Future City Demonstrator’ programme, having achieved second place to Glasgow in a national competition.

Neil has also operated as Director of Regional Cities East, a network of six regional centres comprising Norwich, Luton, Ipswich, Colchester, Southend and Peterborough. The network was successful in raising the profile of smaller cities in the region and making their growth case to Government and the private sector. The network also delivered shared services across urban regeneration and the implementation of an evidence-led infrastructure planning tool which was adopted in the six core members and rolled out more fully across the East of England. Prior to this role, Neil had 20 years’ experience of economic development in Local Authorities including Milton Keynes, Bedford and Nottingham.