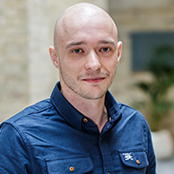 Nick’s role at CSaP concerns research on several different work streams. He is involved with CSaP’s work on policy for research and innovation. His particular focus is on scientific research funding and the REF. He also contributes to CSaP’s work on scientific advice for government, and its policy and professional development workshops.

Prior to starting at CSaP, Nick undertook a PhD in Philosophy of Science at the University of Bristol, funded by an Arts and Humanities Research Council scholarship. His project used empirical evidence from the history of science and cognitive psychology, as well as formal methods from microeconomics, to provide a normative framework for scientific theory choice. During his time as a PhD student, Nick spent three months at CSaP as a Policy Intern.