University Associate Professor at Institute of Criminology, University of Cambridge 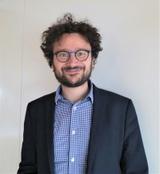 Director of the Institute of Criminology's Ph.D. Programme

Paolo Campana is a University Associate Professor in Criminology and Complex Networks. He joined the Institute in January 2015. Prior to moving to Cambridge, Paolo was a Research Fellow at the Extra-Legal Governance Institute, Department of Sociology, University of Oxford and a Fellow of Nuffield College, Oxford. He was also a member of the Centre for Corporate Reputation at the Said Business School, Oxford. Previously, he held positions as a Research Officer at the Centre for Criminology (University of Oxford: 2007) and then a Research Associate at the same centre (2008-2010). He holds a PhD from the University of Turin.

Paolo's work specialises in organised crime and forms of extra-legal governance. Other areas of interest include corporate crime and fraud; trust, reputation and mechanisms of cooperation in illegal settings. Moreover, Paolo has a strong interest in the application of network analysis techniques to the study of organised forms of criminality.

He is currently working on the issue of the trafficking and smuggling of human beings into Europe, the movement and emergence of Mafia-like organisations and their impact on local communities. In addition, he is investigating the mechanisms underpinning corporate fraud. His recent work has appeared in the British Journal of Criminology, Theoretical Criminology, European Journal of Criminology, Rationality and Society, European Journal on Criminal Policy and Research, Policing, Trends in Organised Crime, Global Crime, and Methodological Innovations, and it has been translated into Chinese, French and Italian.