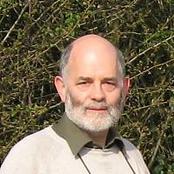 Within the Computer Laboratory, Professor Peter Robinson leads the Rainbow Research Group working on computer graphics and interaction. His current research concerns problems at the boundary between people and computers, including investigating new technologies to enhance communication between computers and their users, and new applications to exploit these technologies. He is a computer scientist with an interest in neuroscience.

The main focus for this is human-computer interaction, where he has been leading work for some years on the use of video and paper as part of the user interface. The idea is to develop environments in which everyday objects acquire computational properties through user interfaces based on video projection and digital cameras.

With the rapid advancements of computing technologies comes the heightened expectations of computer uses; as a result the development of both socially and emotionally adept technologies is becoming an ever greater necessity. Professor Robinson has led investigations of the inference of people's mental states from facial expressions, vocal nuances, body posture and gesture, and other physiological signals, and also considered the expression of emotions by robots and cartoon avatars.

He has also pursued a parallel line of research into inclusive user interfaces; investigating questions of physical handicap and visual handicaps. This has broader applications for interaction with ubiquitous computers, where the input and output devices themselves impose limitations.

Professor Robinson is a Fellow of Gonville & Caius College, Cambridge, a Chartered Engineer and a Fellow of the British Computer Society.