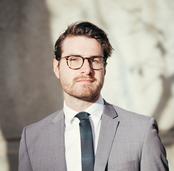 Adam has undertaken a secondment to the Taskforce to Combat Violent and Extreme Material Online where he advised the Government on how emerging technology, like artificial intelligence, could be used for online safety. He has also been seconded to Australia’s Independent National Security Legalisation Monitor.

Adam holds a Bachelor of Arts (Classics) from Macquarie University (2011) and a Juris Doctor from the University of Sydney (2014). He has recently completed a Master of Public Policy from the Australian National University (2019).