Research Associate at Faculty of Law, University of Cambridge 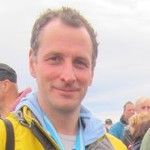 Dr Richard Danbury is a Research Associate in the Faculty of Law at the University of Cambridge. He has a background in law and broadcast journalism. He is currently the research associate on the AHRC- funded study: “Appraising Potential Legal Responses to Threats to the Production of News in the Digital Environment”.

He practised, briefly, as a criminal barrister at 9-12 Bell Yard, before spending a decade at the BBC, working mainly in TV news and current affairs, including extended periods on Newsnight and Panorama. He was the Deputy Editor of the BBC’s 2010 Prime Ministerial Debate.

Dr Danbury was a fellow of Oxford University's Reuters Institute for the Study of Journalism, before embarking on a masters and a doctorate which studied the position of institutional journalism and journalists in English law, both from a doctrinal and theoretical point of view.

He continues to be interested both in the legal position of the institutional media, and in questions of comparative freedom of speech, particularly in an on-line environment, both in respect of the institutional media and more generally. To this end, he has been a researcher on the Ranking Digital Rights project, and at Oxford’s Programme for Comparative Media Law and Policy.

He has presented his work, inter alia, at the 2013 W G Hart Legal Workshop at the Institute of Advanced Legal Studies, University of London, where he delivered a paper: “Sowing dragons’ teeth: a right of Press Freedom”. His previous publications include "The Inca Trail" (Trailblazer Publications, 1999).