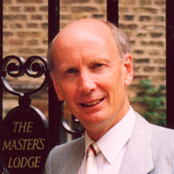 Lord Mair CBE FREng FRS was appointed Professor of Geotechnical Engineering at Cambridge University in 1998. Until recently he was Head of Civil and Environmental Engineering; he was elected Master of Jesus College in 2001, a position he held until 2011. He was a Fellow of St John's College from 1998 to 2001. He is also one of the founding Directors of the Geotechnical Consulting Group (GCG), an international consulting company based in London, started in 1983.

After graduating in 1971 from Cambridge University, where he read Engineering at Clare College, he worked continuously in industry until 1998, except for a three year period in the late 1970’s when he returned to Cambridge to work for his PhD on tunnelling in soft ground. His early involvement with tunnels began at that time, when he undertook research for the UK Transport Research Laboratory on the subject of centrifuge modelling of tunnel construction in soft ground. He was awarded a PhD for this work in 1979.

Throughout his career he has specialised principally in underground construction, providing advice on numerous projects world-wide involving soft ground tunnelling, retaining structures, deep excavations and foundations. Recent international projects have included railway tunnels in the cities of Amsterdam, Barcelona, Bologna, Florence, Rome and Warsaw, and motorway tunnels in Turkey. In the UK he has been closely involved with the design and construction of the Jubilee Line Extension for London Underground, and with the Channel Tunnel Rail Link and Crossrail projects.

Robert Mair was awarded the British Geotechnical Society Prize in 1980 for his work on tunnels, the Institution of Civil Engineers Geotechnical Research Medal in 1994 and their Gold Medal in 2004. He was awarded a CBE in the 2010 New Year's Honours List, and in early 2014 he was appointed Chairman of the Department for Transport's Science Advisory Council. He has recently been appointed a crossbench peer in the House of Lords.