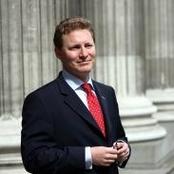 Willis Group is an insurance and reinsurance broker with approximately 20,000 personnel operating in around 100 countries.

Rowan is also Chairman of the Willis Research Network which he founded in 2006. The WRN has grown to become the world's largest collaboration between public science and the finance sector supporting around fifty universities and science institutions to support improved policy making and capital management.

Previously Rowan served as CEO Global Analytics of Willis Re and then across Willis Group. He began his career underwriter reinsurance with Syndicate 1095 at Lloyd's before founding the risk information company WIRE Limited in 1994 which was acquired by Willis Group in 2000.

Rowan has two public appointments in the UK serving on the Prime Minister's Council for Science and Technology and also the Natural Environment Research Council which oversees approximately $500m of annual environmental science expenditure.

More widely he Chairs the United Nations International Strategy for Disaster Reduction Private and Financial Sector Working Group preparing the second UN Hyogo Framework for Action Agreement in 2015 and the World Meteorological Organisation Expert Advisory Group on Financial Risk Transfer preparing for the UN Agreement on Climate Services in 2015. He is also a member of the Political Champions for Disaster Reduction Committee chaired by the UNDP Secretary General and the UK Secretary of State of International Development.

He is a member of the Global Earthquake Model Foundation Governing Board, Pavia Italy; the Advisory Board of the Earth System Laboratory, NCAR, Boulder CO and the Royal Society's Working Group on Human Resilience to Climate Change due to report in late 2014.