University Lecturer in Literature and Film at Faculty of English, University of Cambridge 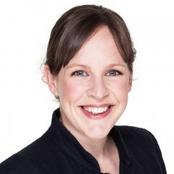 University Lecturer in Literature and Film, Faculty of English, University of Cambridge

Dr Sarah Dillon is a University Lecturer in Literature and Film in the Faculty of English at the University of Cambridge. Her research interests lie in twentieth and twenty-first century British and American literature and film. She seeks to examine the singularity of literature by exploring its encounters with other ways of knowing and understanding the world.

She works in the interstices between literature, film and philosophy and is particularly interested in questions of relationality, fidelity, intimacy, love, gender, sexuality, time, and in our relationship to the other, be it the human, animal, object or environmental other. She is also interested in the relationship between science and literature, and in speculative and science fiction.

Dr Dillon is also involved in public engagement and radio broadcasting. She is a Public Engagement Ambassador for the National Co-ordinating Centre for Public Engagement and was a 2013 BBC New Generation Thinker. Currently, she presents the series, 'Close Reading', on BBC Radio 4's literature programme Open Book.