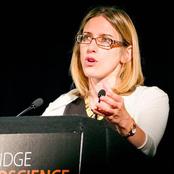 Sarah-Jayne Blakemore is Professor of Psychology at the University of Cambridge, and leader of the Developmental Cognitive Neuroscience Group. Her group's research focuses on the development of social cognition and decision making in the human adolescent brain, and adolescent mental health. Her group runs behavioural studies in schools and in the lab, as well as neuroimaging studies, with adolescents and adults.

Professor Blakemore is a member of the Royal Society Public Engagement Committee, and Chair of the Royal Society of Biology Education and Science Policy Committee. She was Founding Editor-in-Chief of Developmental Cognitive Neuroscience until 2019. Professor Blakemore was awarded the British Psychological Society (BPS) Doctoral Award 2001, the BPS Spearman Medal for outstanding early career research 2006, the Annual Lecturer Award 2011 by the Swedish Neuropsychology Society, the Young Mind & Brain Prize 2013, the Royal Society Rosalind Franklin Award 2013, the Klaus J Jacobs Prize 2015 and the BPS Presidents' Award 2018. She is a Fellow of the British Academy.