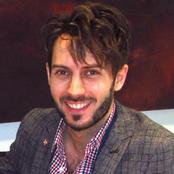 SimonRavenscroft completed his PhD in philosophy of religion at Peterhouse, University of Cambridge in 2015. His research was funded by the AHRC, and concerned a critical re-interpretation of the work of the radical Catholic social theorist and philosopher of history Ivan Illich (1926-2002). Thematically, among other things, it considered the effects of economic rationalisation on social relations. Since then he has remained in Cambridge at the Von Hügel Institute for Critical Catholic Inquiry, where he is involved in numerous projects, and is pursuing new research into the significance of laughter and comedy for politics and religion.

Generally speaking, Simon cultivates broad interdisciplinary interests across the fields of philosophy and theology, social, political and economic theory, anthropology and literature. He is particularly interested in responding critically to problems of economic reductionism in political decision-making, and of individualism in popular perception. He is keen to provide constructive justifications for political and economic ideas and practices based on principles of solidarity, reciprocity and the common good.

Alongside his academic writings, in a popular setting he has written for venues including ABC Religion & Ethics, PopMatters, Left Foot Forward, and The Cultural Value Initiative.