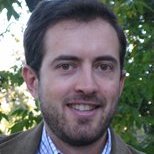 Dr Stefano Recchia is a University Lecturer, and assistant professor, in International Relations in the Department of Politics and International Studies at the University of Cambridge. He holds a PhD in political science from Columbia University (awarded with distinction) and a Master’s degree in international relations from the London School of Economics and Political Science. Before joining the University of Cambridge, he was a postdoctoral fellow at the European University Institute (EUI). He has also been a research fellow in foreign policy at the Brookings Institution and a Fulbright Fellow at Harvard’s Kennedy School of Government.

He is currently working on two book projects. The first book, based on his doctoral research, explains contemporary U.S. government efforts to obtain the endorsement of international organizations such as the UN or NATO for military interventions. The second book, on classical European thought about military intervention, is an edited volume that he is preparing together with Prof. Jennifer Welsh of Oxford University.