Grace 2 Professor of English at Faculty of English, University of Cambridge 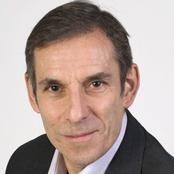 Professor Steven Connor is the Grace 2 Professor of English in the Faculty of English at the University of Cambridge, and is a Fellow of Peterhouse. His research interests are focussed in the literature and culture of the nineteenth and twentieth centuries, though many of his projects have a longer historical contour.

He writes regularly on Dickens and Beckett, and his areas of interest include magical thinking; the history of medicine; the cultural life of objects and the material imagination; the relations between culture and science; the philosophy of animals; and the history of sound, voice and auditory media. He has also written extensively on contemporary art for and broadcasts regularly for radio.

Before taking up his current post in 2012, Professor Connor taught at Birkbeck College London, where he was Professor of Modern Literature and Theory from 1994. From 2003 to 2012, he was Academic Director of the London Consortium Graduate Programme in Humanities and Cultural Studies, a collaboration between academic and cultural institutions in the capital that fostered and supported students in projects of cross-disciplinary enquiry.