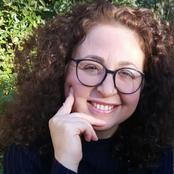 Vanna is Chief Economist and Head of Analytics at the Food Standards Agency (FSA). She leads a team of around twenty analysts, including economists, social researchers, operational researchers and statisticians within the Science, Research and Evidence division. Since joining FSA in June 2015 she has been adopting a multi-disciplinary approach to provide effective analytical support to policy-makers and operations colleagues. She leads on improving the overall analytical capability of the department by focussing on innovation and evidence development, including the use of new techniques and approaches (including data science, behavioural science, and decision science) and in engaging with academics and external experts.

Prior to her current role, Vanna worked for eight years at the Home Office, mostly on immigration policy as Head of Economics and Research for the Migration Advisory Committee (MAC). She built an international reputation for the MAC, engaging with senior officials in several countries and international organisations (including World Bank, OECD, IOM).

Vanna joined the civil service in 2001 as a researcher at the Office for National Statistics and the GES Fast Stream in 2004. She holds an MSc in Development Studies from the London School of Economics, a MSc in International Development (Italy), and First Class Honours Degree in Economics and Political Science (Italy). She recently completed a Leadership Programme at the London Business School.