Deputy Vice-Chancellor at University of Cambridge 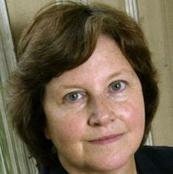 Deputy Vice-Chancellor of the University of Cambridge

Professor Dame Ann Dowling is currently a Deputy Vice-Chancellor of the University of Cambridge and Emeritus Professor of Mechanical Engineering. She was President of the Royal Academy of Engineering 2014-19, Head of the Department of Engineering at Cambridge 2009-14, and has held visiting posts at MIT (Jerome C Hunsaker Visiting Professor, 1999) and at Caltech (Moore Distinguished Scholar 2001).

Ann has served on a number industry and government advisory committees. She is a non-executive director of the Smiths Group plc. She was a non-executive director of bp plc (2012-21) and a non-executive member of the board of the UK government's Department of Business, Innovation and Skills (BIS) 2014-16 and of the Department for Business, Energy and Industrial Strategy (BEIS) 2017-18. She was a member of the Prime Minister's Council for Science and Technology (2014-19). In 2015 she chaired a review for BIS on business-university research collaborations.

Professor Dowling's research is primarily in the fields of combustion, acoustics and vibration and is aimed at low-emission combustion and quiet vehicles. She is one of the founders of the Energy Efficient Cities initiative in Cambridge and was the UK lead of the Silent Aircraft Initiative, a collaboration between researchers at Cambridge and MIT.