Clinical Investigator at Centre for Diet and Activity Research (CEDAR) 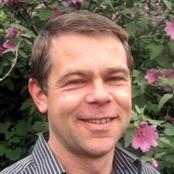 David Ogilvie is a clinical investigator scientist and honorary consultant in public health medicine at the MRC Epidemiology Unit. He qualified in medicine from Cambridge and subsequently trained in general practice in Suffolk and then in public health medicine in the west of Scotland. He was a research fellow at the MRC Social and Public Health Sciences Unit in Glasgow before joining the MRC Epidemiology Unit in October 2007.

His research is focused on understanding the effects of efforts to influence the ‘wider’ (environmental or societal) determinants of health. His methodological interests lie in the design of population-level intervention studies and in evidence synthesis. He specialises in research on the relationships between transport, the environment, physical activity and health.

He leads an interdisciplinary group of CEDAR researchers working in this area, particularly on the design and analysis of natural experimental studies such as the Commuting and Health in Cambridge and iConnect studies. He also leads the evidence synthesis programme for the newly established Behaviour and Health Research Unit. He has previously published work on other public health topics including cervical screening, paediatric services, and tobacco control and health inequalities.