Investigator Scientist at Centre for Diet and Activity Research (CEDAR) 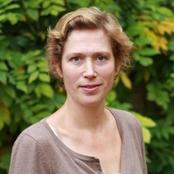 After completing a degree in Human Movement Sciences, Esther started working on her PhD, conducting a randomised controlled trial evaluating a theory-based physical activity promotion programme in Dutch general practice in (PACE). Upon finishing her PhD, Esther moved to Cambridge to join the newly established MRC Epidemiology Unit as a Career Development Fellow to contribute to the research on children and adolescents with a focus on identifying correlates and determinants of physical activity behaviour to contribute to the development and evaluation of physical activity promotion interventions.

Esther’s current work continues to focus on studying individual and collective determinants of physical activity behaviour in children and adolescents, leading to intervention development and evaluation guided by the ecological model of behaviour, various domains of influence are investigated. This includes psychological influences, as well as socio-cultural and environmental influences for example. She is involved in various projects focussed on assessing personal, socio-cultural and environmental determinants of physical activity behaviour (such as SPEEDY,CHASE, ROOTS, Southampton Women’s Survey, EPIC), as well as intervention trials to promote physical activity (such as FAB) and systematic reviews of the literature.