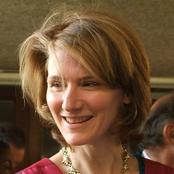 Dr Barnes has extensive experience in the public and private sectors, negotiating and establishing international collaborations in the sciences, humanities, technology and the arts.

In the 1990s she developed a neuroscience programme between the Royal College of Music, Imperial College and Manchester University to address the effects of performance pressure on musicians.

In 2005, she was appointed as the first Director of Global Education for BP, where she advised colleagues in over 25 countries on how to establish partnerships between business, governments and the university sector. She continues to advise organizations on governance, organisational culture, policy and strategy.

Dr Barnes is the author of several publications, including The Fall of Opera Commissioned for Television. Her writings have been translated into several languages. She is a contributor to radio and television and a Fellow of the Royal Society of Arts.

She originally studied English Literature at Smith College (founded in Massachusetts in the nineteenth century to educate women) followed by postgraduate training at the Benjamin Britten International Opera Centre, Royal College of Music. She gained her doctorate from the University of London before becoming Associate Professor at the Royal Academy of Music and the Royal College of Music, then Associate Principal and Dean of Trinity College of Music. In June 2008 she was elected the fourth President of New Hall/Murray Edwards College. In January 2010 she was also appointed Pro-Vice-Chancellor for International Strategy at the University of Cambridge.