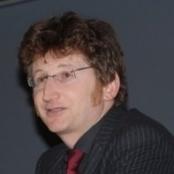 Prior to his current role, Professor Bently was a Lecturer in Law at the University of Keele and a Professor of Law at King's College, London. In addition to his academic work, he is Series Editor of the Cambridge Intellectual Property and Information Law; a member of the Editorial Board of the European Intellectual Property Review, the Media and Arts Law Review, and Script-ed an on-line publication from the University of Edinburgh.

Professor Bently has been heavily involved in policy work at a national and Europe wide level. He was on the Copyright Expert Panel of the Strategic Advisory Board on Intellectual Property advising the UK Government about intellectual property. He led the team of researchers that advised the Gowers Committee reviewing Intellectual Property on Economics of Copyright Term Extension in relation to Sound Recordings and was part of the team that produced a report for HM Treasury on Models of Exploitation of Public Data by Trading Funds. He was part of the "Wittem Group" of Copyright Scholars who worked up a proposed "European Copyright Code”. He also led a team of internationally-rated professors for a project for the World Intellectual Property Organisation on Exclusions from Patentability and Exceptions to Patentee's Rights, presented in October 2010 to the Standing Committee on Patents.