Professor of Human Geography at Department of Geography, University of Cambridge 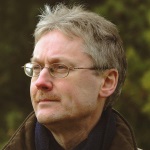 Mike Hulme joined the Department at Cambridge in September 2017, following a period of four years as professor of climate and culture in the Department of Geography at King's College London where he was Head of Department. From 2000 to 2007 he was the Founding Director of the Tyndall Centre for Climate Change Research, a multi-institutional and inter-disciplinary research centre based at the University of East Anglia (UEA).

For 12 years prior to establishing the Tyndall Centre, Hulme worked in the Climatic Research Unit (CRU) at UEA and had the dubious honour of having five years' worth of his professional email correspondence released to public scrutiny as a result of the Climategate controversy. While in CRU, Hulme specialised in the compilation and analysis of global climate datasets and the construction and application of climate change scenarios for impact, adaptation and integrated assessment. He led the preparation of a series of climate scenarios and reports for the UK Government and in 2007 he received a personalised certificate from the Nobel Peace Prize committee in recognition of his 'significant contribution' to the work of the United Nations' IPCC. Hulme continues as the founding Editor-in-Chief of the review journal Wiley Interdisciplinary Reviews (WIREs) Climate Change, with a journal impact factor of 4.6.