Security Researcher at Department of Computer Science and Technology, University of Cambridge 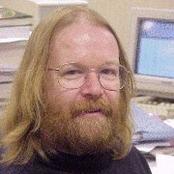 Dr Richard Clayton is a software developer by trade. In the 1980s his company created the system software for the best-selling Amstrad CPC and PCW computers, and then developed "Turnpike" in the 1990s -- one of the first Internet access packages for Windows. The company was sold to Demon Internet, then the UK's largest ISP in 1995, and Richard worked at Demon until in 2000 he was given the opportunity to study for a PhD at the University of Cambridge, He remains an academic ("because it's more fun than working"), doing research into email spam, fake bank "phishing" websites, and other Internet wickedness. As an expert in these areas, he is a regular speaker and media commentator. He has also assisted the APIG and APComms all-party groups of MPs in their inquiries into Internet issues, and he also acted as the "specialist adviser" for the House of Lords Science and Technology Committee's two inquiries into "Personal Internet Security" in 2007 and 2008.