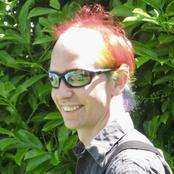 Academic Programme Manager, Centre for the Study of Existential Risk, University of Cambridge

Much of their work focuses on developing methods to assess and manage global systemic risks such as those relating to climate change, drawing on a comprehensive study of methods for assessing global catastrophic risk but also relates to considerations of global (in)justice and public policy. Their first book Double Debt Disaster, with Julius Weitzdörfer, assesses injustice as a barrier to recovery from mega-disasters.

SJ holds a PhD in Moral Philosophy from the London School of Economics and prior to joining CSER was a research fellow at Future of Humanity Institute, University of Oxford, where they worked on the project "Population Ethics: Theory and Practice". Alongside working on existential risk, they have published on population ethics and intergenerational justice and have a strong interest in big questions about the nature and future of morality.

SJ is an advisor to the All Party Parliamentary Group for Future Generations, an Affiliated Researcher at the Institutet för framtidsstudier, a BBC New Generation Thinker, and a member of the editorial board of the journal Futures. They have made radio programmes for the BBC, such as “What do you do if you are a manically depressed robot?” and “I love my children but are they the biggest moral mistake I ever made?”, and have also appeared on Radio and TV programmes, including Newsnight, Analysis, and the Naked Scientists.